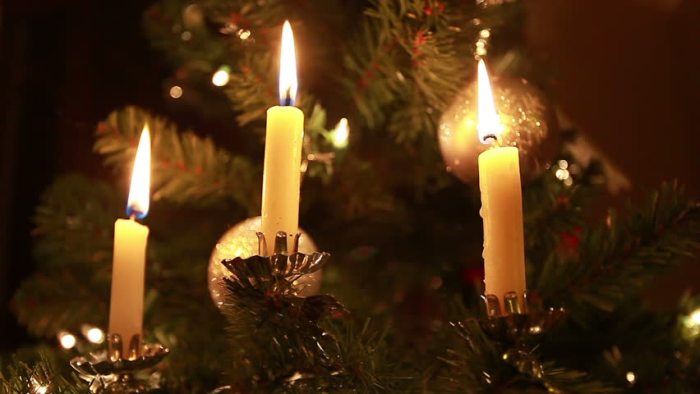 On Christmas Eve 1914, a miracle occured in the midst of war. Two opposing nations were singing the same Christmas Carol in the middle of a fierce war. British soldiers were spending Christmas Eve on a French battlefield during World War I. After four months of fighting, over a million men had perished in the bloody conflict. The bodies of dead soldiers were scattered between the trenches of the opposing armies. It was in the middle of a freezing battlefield in France, that a miracle occurred! British troops

watched in amazement as candle-lit trees appeared above the German trenches. “From the German parapet, a rich baritone voice had begun to sing a song I remember my German nurse singing to me … the grave and tender voice rose out of the frozen mist. It was all so strange … like being in another world,” a young British soldier wrote in his diary. “Silent Night, Holy Night. All is calm. All is bright.” When the German soldiers finished singing, the British decided to retaliate. Rather than retaliate with the roar of a cannon, the army chaps from England sang, “The first noel, the angels did say, was to certain poor shepherds in fields as they lay …” When the boys from jolly old England finished, “Born is the King of Israel!”, the enemy began clapping and struck up a rousing rendition of “Oh Tannenbaum!” When the British troops began singing, “Oh Come All Ye Faithful!”, it was at that moment that the Germans immediately joined in.

They were singing with the enemy. This was a most extraordinary event taking place in the middle of a blood-drenched battlefield! It is recorded that enemy soldiers greeted each other in the no man’s land that just minutes before had been a killing zone. Soldiers wished one another a Merry Christmas and agreed not to fire their rifles on Christmas Day. Thousands of soldiers celebrated the birth of the Prince of Peace among the bodies of their dead.  A solitary voice began to sing “Silent Night” in French … he was joined by another voice singing in German … and finally the words were in English. Who do you need to make peace with this season? Have you been engaged in a fierce battle that has extracted the very life from your soul? Christmas is a moment in history when peace is abundantly possible because of the Baby who came to bring peace for all of the ages. His Amazing Grace will save all weary souls from every battle. In the midst of conflict, peace is possible when we sing of Jesus. Choose Joy this Season

Grab your coffee or tea and join me!

Comments by the leader of the Scottish Christian Party on the secular, scientific, political and ecclesiastical scene and the application of Christianity to public life.

KINDNESS IS FREE, sprinkle it all over the world, and 😁 smile

Site Title
MEDICINE FOR ALL

Thoughts and Ideas that Inspire

Learning about the grace of God together

If Not For Grace
afterdeathsite

What the Bible says about our existence after death

A view of the world through eyes of faith

Jesus is not a religion but a relationship with God