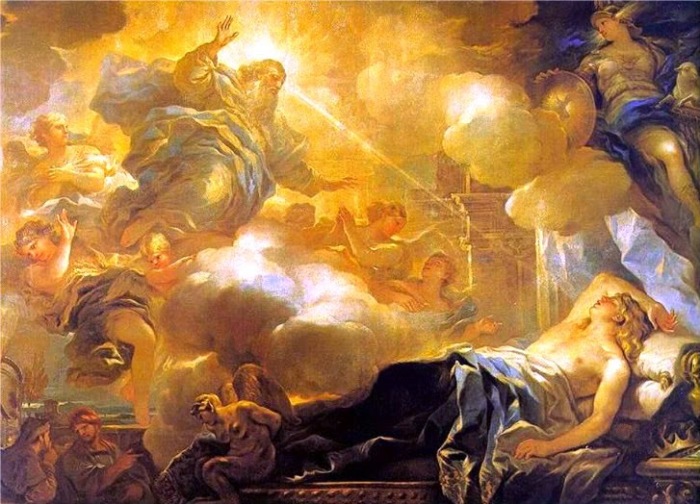 The most important facts about the formation of the world are found in the history contained in the Book of Kings. The first king was Saul, followed by David, and then Solomon. Our Lord told king David that he would have a son who would be king and build a temple, and the book of Kings shows that prophecy fulfilled.

The book of Kings covers a period of 400 years as it is a continuation of the books of Samuel.  It is a detailed account of the events during the reign of Solomon and all the succeeding kings of Judah and Israel.

The Lord appeared to king David’s son Solomon in a dream. Humbled Solomon spoke: “Yet I am just a youth with no experience in leadership. Your servant is among Your people You have chosen, a people too numerous to be numbered or counted.  So give Your servant an obedient heart to judge Your people and to discern between good and evil.” (3:7)

God was pleased with what the 20 year old Solomon asked for. Solomon was given supernatural wisdom to navigate the complex nation of Israel.  As the exalted ruler, Solomon remained approachable. The wise way in which the king dealt with the two prostitutes became legendary. Rulers from all around came to seek his advice. (3:16)  Our loving Father has also given us the Book of Proverbs, as well as the Holy Spirit so that we might navigate through this fallen world. “For the message of the cross is foolishness to those who are perishing, but it is God’s power to us who are being saved. For it is written: I will destroy the wisdom of the wise, and I will set aside the understanding of the experts. Yet to those who are called, both Jews and Greeks, Christ is God’s power and God’s wisdom” (1 Corin 1:18-25)

God did not just download information to Solomon, He downloaded His wisdom. “Now if any of you lacks wisdom, he should ask God, who gives to all generously and without criticizing, and it will be given to him. But let him ask in faith without doubting.” (James 1:5-6)

Solomon achieved stunning accomplishments; however, our heavenly Father was not impressed. Above all, God desires our obedience, our faithfulness to His Word. God pens this report of Solomon. “His heart was not fully devoted to the Lord his God, as the heart of David his father had been” (11:4). During his reign, the kingdom reached its height of grandeur and yet after Solomon died, God ceased to rule His people through kings placed in power

God knows the contents of our hearts; He knows when we doubt, and who walks in faith. Nothing is hidden from our Father. Solomon’s heart was not like king David’s heart. “Who is wise and has understanding among you? If you have bitter envy and selfish ambition in your heart, don’t brag and deny the truth. For where envy and selfish ambition exist, there is disorder and every kind of evil. But the wisdom from above is first pure, then peace-loving, gentle, compliant, full of mercy an good fruits, without favoritism or hypocrisy.” (James 4:13-17)

Solomon was all wise, but his character was lacking.  Solomon’s unfaithfulness to God demanded judgment. (1 Kings 11:26 – 12:4)  The tribes of Judah and Benjamin remained faithful to Solomon while the remaining 10 tribes revolted. Jeroboam was a man of low origin but because of his faithful service, the prophet Abijah gave a revelation to Jeroboam. “See, I am going to tear the kingdom out of Solomon’s hand and give you ten tribes.” (1 Kings 11:31) The kingdom of God’s chosen people was divided because of sin and it has remained divided for 3,000 years.  God’s righteousness judgment fell upon Solomon as a result of his long years of pride.  Indeed, pride came before the fall of Israel into captivity (2 Kings 17 and 25).

Solomon’s greatest accomplishment was the building of the temple on the historic site of Mount Moriah, where Abraham offered up Isaac. (Genesis 22:2)  “And Solomon commenced to build the House of the Lord in Jerusalem on Mount Moriah, where He had appeared to his father David.” (2 Chron 3:1)

The book of Kings begins with the building of Solomon’s Temple where the Ark of the Covenant was placed.  Sadly, the book of Kings ends with the destruction of the Temple as the kingdom of God was divided because of a childish feud.  The Southern Kingdom of Judah had 20 kings, while the Northern Kingdom of Israel had 19 kings. The feud was born out of jealousy between the tribes of Ephraim (Israel) and Judah.  It began when Jacob gave Ephraim (the son of Joseph) his blessing (Genesis 48:19)

Joshua was from the tribe of Ephraim and he boldly led God’s people into the Promised Land. God anointed a shepherd from Judah to be king, and David transferred the authority from Ephraim to Judah.  As God’s word makes it clear “David was thirty years old when he became king, and he reigned forty years. In Hebron he reigned over Judah seven years and six months, and in Jerusalem he reigned over all Israel and Judah thirty-three years.” (2 Samuel 5:4-5) All tribes are made up of God’s people whom He called “Israel”. “Then Jacob called for his sons and said: “Gather around so I can tell you what will happen to you in days to come. Jacob’s name was changed to Israel and he passed out his blessing which identified the 12 tribes of Israel.  “Assemble and listen, sons of Jacob; listen to your father Israel.” (Genesis 49:1).

The ministry of Elijah is found in 1 Kings 17-22; and 2 Kings 1:1-2:2. The prophet Elijah spoke with fire during the idolatrous time of Israel under the wicked king Ahab. Elijah means “Jehovah is my God.” His undaunted courage, zeal and his triumph on Mount Carmel, along with his glorious rapture into heaven makes him the most outstanding prophet. Elijah then reappears on the mount of Transfiguration with Jesus. (Matthew 17:1-8)

Elijah’s understudy was the prophet Elisha. He was known as the prophet of grace and mercy. This is in direct contrast to Elijah, the prophet of judgment, law and severity. The book of Kings was written while the first Temple was still standing.

Jeroboam was the ruler of the Northern kingdom of Israel. “Jeroboam, the son of Nebat, who caused Israel to sin.” His life is a warning to all who read the Bible. “Beware” of man-made religion! After 200 years, the people of Israel were carried into captivity by the king of Assyria in 722 B.C. The Assyrians were cruel warriors who skinned men alive, cut out their tongues, drove spikes through the eyes as they dismembered bodies and made mounds of skulls. For 300 years Assyria was a world empire.  There was a continuous war between the North and the South kingdoms.

When the son of Jehoshaphat married the daughter of Ahab, the North and the South found peace for 80 years before they were captured. The downfall of the Jewish people is found in 2 Kings 3:2. “He did evil in the eyes of the Lord.”  The lesson is simple, be loyal to God, submit and obey. Our actions are judged by our holy God and the consequence of sin is death.

“They bowed down to all the starry hosts, and they worshiped Baal. They sacrificed their sons and daughters in the fire. They practiced divination and sought omens and sold themselves to do evil in the eyes of the Lord, arousing his anger. So the Lord was very angry with Israel and removed them from his presence. Only the tribe of Judah was left, and even Judah did not keep the commands of the Lord their God. They followed the practices Israel had introduced. Therefore the Lord rejected all the people of Israel..” (2 Kings 17)

2 Kings chapter 22, “Josiah was eight years old when he became king, and he reigned in Jerusalem thirty-one years … He did what was right in the eyes of the Lord and followed completely the ways of his father David, not turning aside to the right or to the left.”  Young King Josiah grew into a man of God. When the Temple was being remodeled, old scrolls were unearthed. When the king heard the words of the law being read, he wept over Judah’s disobedience. Josiah is the king credited with the great revival in Judah. The king destroyed statues that were being worshiped. This king returned to the feasts in order to worship God.  God withheld His anger and promised to not judge Judah during the reign of Josiah.

LESSON: Learn from your ancestors mistakes. 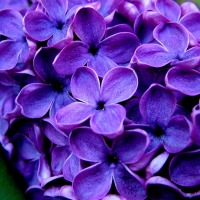 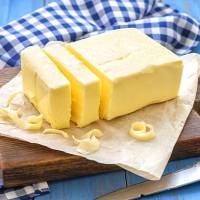