Regardless of your political team, when anyone’s freedom of speech is taken away, everyone should be worried! Social Media Platforms are supposed to be a place for free speech. A place to post your opinions, a place to speak freely about whatever you deem to be of value, true or not. Facebook and Twitter were two of the sites where most people kept in contact with their family and friends.. At some point, way before the 2020 Presidential election, these two giant social media platforms became politically biased. They began FACT checking what people posted. What does our bill of rights say? What does the constitution say about the Freedom of Speech? Is a publicly traded company legally justified to open a ‘citizen town hall meeting’ place on the worldwide web …then censor people for their views? On January 6, 2021 the State Capital’s doors were opened by Capital police to allow Antifa, and anybody else to enter on the day that electoral votes were to be counted. Clear evidence was taped on video as the officers on duty did nothing to prevent the break in?

On January 9, 2021 Big Tech ushered in their attempt to silent select citizens. The President of the United States was first censored, then deleted from Facebook, Twitter, Instagram, Reddit and others. Even my small voice was somehow a threat to Twitter as they also suspended my account, deleted all my contacts and posts, as they further control me from deleting my own account. Why? To keep their numbers up? Billy Graham “When one brave man takes a stand, the spines of others are often stiffened” On January 7, 2021 the (EAS) a National Public Warning System published the Enforcement of allowing the President of the United States to communicate via live audio transmission. On January 9, 2021 Google threatened to take out the voices of people on Parler, a mostly conservative social media platform. WHY?

The light of truth is why people voted, supported and continue to admire President Trump. It took courage for Trump to walk away from his business to drain the swamp, stop trade with China, and to be hated for calling on the name of Jesus. It takes great courage to stand your ground when you feel like running. “May He give you the power to accomplish all the good things our faith prompts you to do.” 2 Thess 1:11 NLT – People will always follow a leader full of courage! “ Consider Joshua! “Be strong and courageous. Do NOT be afraid or terrified…for the Lord your God goes with you; He will never leave you nor forsake you.” Deut 31:6 NIV – It takes courage to delete the negative peeps out of your life on all media that stands against liberty and justice for ALL. NEVER underestimate the courage it takes to do small things. Keep your voice out there!

Free Speech is how you resolve differences

Free Speech is how you explore truth

Free Speech is how you build

Free Speech is how you heal

Free Speech is how you learn

Free Speech is how you prevent conflict

Free speech is how you understand the other side

The minds of men and women have been infiltrated and manipulated by the Liar, Satan himself. We have all seen how greed for power, fame and money corrupts people. The sinful nature of any person is to seek after that which benefits them. Without considering eternity, people cave in to blackmail because they doubt God’s protection. Democrats have been deceived that free speech has no value! Since the media controls the minds of all citizens, it can spew lies that people soon adopt. What have the MEDIA outlets been promised? Who owns them? A good journalist seeks facts don’t they? If they are ONLY allowed to read what the teleprompter says, without both sides of the story, then those news broadcasters are simply puppets. Without all the facts, we cannot come to know the truth. There are only two ways to govern people

China wants to govern us by force. Platform access and the expression of ideas is the single greatest issue of our time. The spirits that ruled Russia in 1917 and Germany in 1933 are still roaming the earth in 2021. This is a battle between good and evil, Light and darkness, the Truth and the Liar. If we cannot speak, there is no America, and that is exactly what the One World Order and China wants. It takes courage to say “NO” and stand up for your right to speak your mind!

The internet upstart Gab.com, is a valid, courageous threat to the entire big-tech ecosystem. Gab announced on Jan 10, 2021 that they are planning to launch a new Gab phone. An APP store will also be added. GAB has it’s own server and protects the VOICE of the people to speak freely. The declaration caught the technology world by surprise, and comes at the exact moment Silicon Valley tightened the screws on the American public, and the world for that matter. Former Silicon Valley entrepreneur Andrew Torba left the big-tech arena in 2016 to start Gab, a competitor to Twitter. Big-tech and the Deep State revealed their plan to control what people hear when they deleted the Presidents voice from Twitter and Facebook on Jan 9, 2021. Torba believes in Jesus Christ and has been kicked off every payment platform and even had his family’s Visa cards revoked. Apple banning Parler is a cynical, politically motivated gesture and evidence of Silicon Valley elites’ disdain for ordinary Americans. The solution, as always, is not government. It is to build your own and Gab is doing that while others complain. 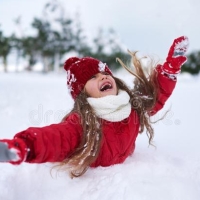 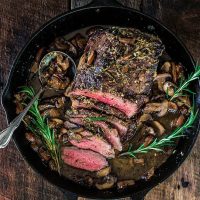 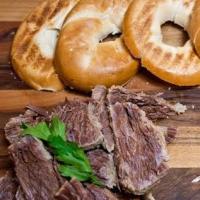 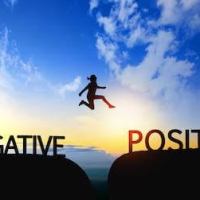