Netflix produced an outstanding original entitled “The Crown”.  It follows the child Elizabeth and her sister Margaret, to Elizabeth’s marriage, her father King George’s death, and her coronation.  In 2017 Queen Elizabeth celebrated her 91st birthday.  The Queen’s official birthday is always celebrated with a military parade known as Trooping the Colour on Horse Guards Parade in London. The lavish production of The Crown, perpetuates the myth that Princess Margaret was browbeaten into giving up Group Captain Peter Townsend, the war hero who proposed to her in 1953. But documents in the National Archives show that the reality was quite different.   The Crown is a biographical television series, created and written by Peter Morgan and produced by Left Bank Pictures. The long reign of Queen Elizabeth II has been recently commemorated by the United Kingdom on her 91st birthday. The first season covers the period between the Queen’s marriage to Philip, Duke of Edinburgh in 1947. Her coronation was the first to ever be filmed.  The Crown’s first season also includes the disintegration of her sister Princess Margaret’s engagement to Peter Townsend in 1955.  A second season has been commissioned, which is intended to cover the Suez Crisis in 1956 through the retirement of the Queen’s third Prime Minister, Harold Macmillan, in 1963.

The coronation of Queen Elizabeth II as monarch of the United Kingdom, Canada, Australia, New Zealand, South Africa, Pakistan and Ceylon took place on 2 June 1953 at Westminster Abbey.  Queen Elizabeth II becomes the longest-reigning monarch in British history on the evening of 9 September 2015.    “The Crown” follows the Queen’s remarkable life, from her youth – when few expected she’d ever wear the crown – to her uncle Edward VIII’s stunning abdication, and her father, King George’s unfortunate early death. 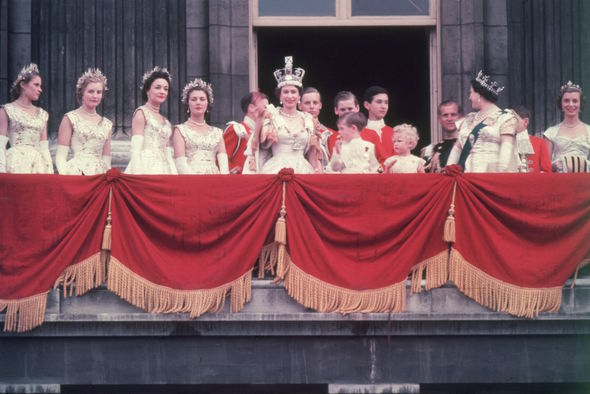